Ku band why should you choose it for your business satellite link?

Over the years, the implementation of different technologies has managed to break down communication barriers such as climate, geographic location, distance amongst others; allowing in this way that the transmission and reception of information has become an easier and more practical process. One of the most common in the business environment is the satellite, such as the satellite ku frequency band.

These bands are defined as the ranges of the electromagnetic spectrum amongst which are the waves transmitted to and from the satellites, which are used for different telecommunications environments. For more than 40 years, the most common bands used in global companies have been the Bands: C, Ku and Ka; nevertheless, due to the bandwidths achieved, the Ku Band has had a great reception amongst companies (versus the C band, in most cases) since it has a greater effectiveness to cover the different needs at a lower cost. Therefore, in this article you will be able to know what its general characteristics are, what its scope is and what applications it has, so that you have more information and tools when making a decision for the communication needs of your company.

The name Ku Band, comes from the obsolete designation of the NATO during the cold war, to the bottom of the k band, abbreviated as “K-under”, which refers to radio frequencies from 20 to 40 GHz (equivalent to wavelengths between 1.5 and 0.75 cm) and that today is defined as the part of the electromagnetic spectrum within the microwave frequency range of 12 to 18 GHz.

Currently, the Ku band is divided by the International Telecommunications Union (ITU) into multiple segments that vary by geographic region. A relevant fact to mention is that in 1983 NBC was the first television network to include most of its affiliate sources through this band.

How is it different from Band C?

Compared to Band C, the Ku Band is not restricted to avoid interference with terrestrial microwave systems; this allows for an increase in the power of your up and down links, thanks to the use of smaller reception dishes. That is, as the power is increased, the size of the dish of an antenna will decrease, since the objective of the dish on the antenna is the collection of incident waves over an area to focus them on the receiving antenna; therefore, if the waves are more intense, it is necessary to collect less of them to achieve the same intensity in the receiving element.

For example, at 12 GHz (Ku Band) a 1-meter dish is able to focus on one satellite while sufficiently rejecting the signal from another satellite at only 2° degrees away, but at 4 GHz (C Band) a 3 meters dish is required to achieve this narrow focus beam. It is necessary to mention that, the satellites in the FSS service (Fixed-satellite service) (11.7-12.2 GHz in the U.S.) are separated only 2° degrees and that for the satellites operating under Ku in DBS service (Direct Broadcast Satellite) ) (12.2-12.7 GHz in the United States) dishes much smaller than 1 meter can be used because these satellites are 9° degrees apart.

The Ku Band has been used for many years in different companies and its usage was generalized with the appearance of the VSATs (Very Small Aperture Terminal) thanks to two great benefits, on the one hand, its frequency range allows to achieve high efficiency with availability levels higher than 99.5% and on the other hand, for its performance a small equipment is used, which reduces its complexity and logistic cost as well as the installation of the services. Some uses and applications of this frequency band are

The Ku band is mainly used for satellite communications, especially downlink, used by direct-transmission satellites for satellite television and specific applications such as the NASA’s Tracking Data Relay Satellite used for both the space shuttle and for communications from the International Space Station (ISS).

Especially in Europe, some frequencies in this radio band are used in radar guns used by security forces to detect accelerating vehicles.

While the Ku frequency band is recommended for any sector that requires high bandwidth, it is suggested to apply it to the oil, financial, mining and energy sectors. For that, satellite antenna manufacturers work to renew the power with which the signal is received on the ground, to cover the needs and conditions of each of these economic sectors. If the use of the Ku frequency band is more generalized along to the HTS satellites, (By its acronym in English: High Throughput Satellite *Classification of satellites that provide twice as much performance as FSS satellites*), it could deliver much greater efficiency.

What disadvantages and advantages does it have for companies?

Although the use of the Ku Band, amongst companies has increased, it is necessary to mention what disadvantages it has in the market. The Ku Band usually has a notable degradation due to the problems caused by the amount of rain and proportional to it (commonly known as “rain fade”) where its signals can be affected by rain absorption. In the case of television reception, only heavy rain (greater than 100 mm/h) will have effects that the user may notice. So, it is not recommended for areas with high rainfall. However, this issue can be mitigated by deploying an appropriate link budget strategy by designing the satellite network and allocating higher energy consumption to compensate for the loss of rain fade.

As for its advantages, the Ku band offers the user more flexibility. Due to the size of their dishes, since a smaller dish and the freedom of the Ku band system for ground operations simplify the search for a suitable dish site. For end users, the Ku band is generally cheaper and allows smaller antennas (both due to the higher frequency and a more concentrated beam). If you wish to obtain more information about this and more satellite solutions, visit our AXESS website. We have more than 15 years of experience providing different economic sectors with satellite solutions accordingly to their business needs and objectives. We currently have a presence in Mexico, Central America, Colombia, Ecuador, Peru and Chile, with clients such as TGP, Vatial (Es Vatia), Baker Hughes, Halliburton, Enel, amongst others. 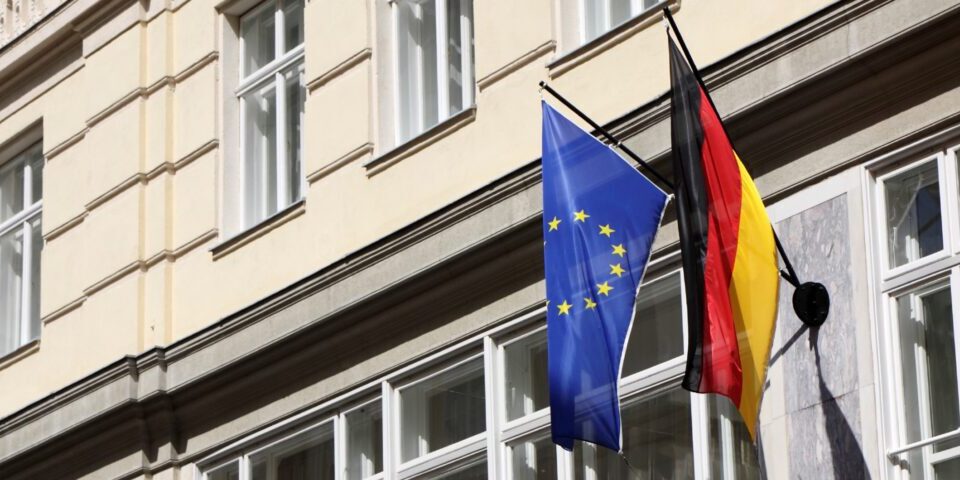 A German and European Flag mounted on a building 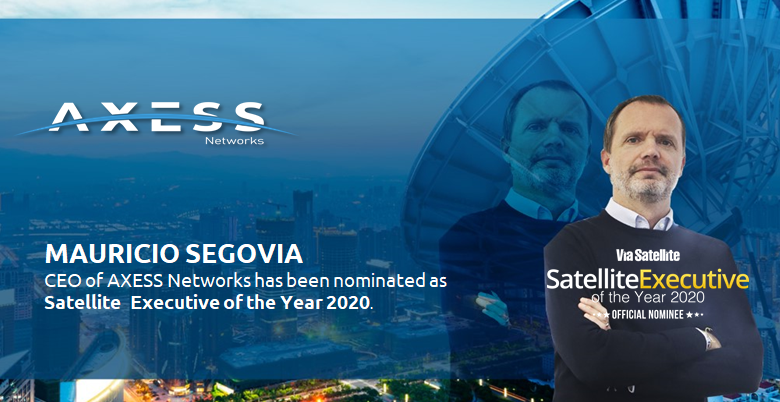