Connecting Peru by sea and land By Mauricio Segovia, CEO of AXESS

The importance of connectivity on oil platforms 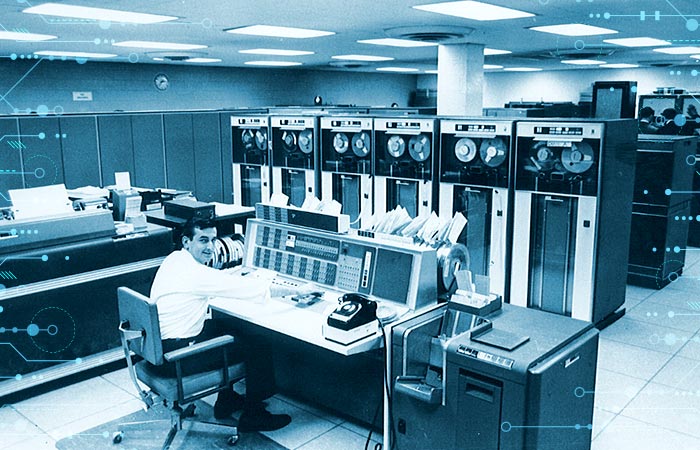 On November 21 of 2018, the 49th anniversary of the commissioning of the first link of the Advanced Research Projects Agency Network (Arpanet) was commemorated, the communication was established between the University of California in Los Angeles and the Stanford Research Institute. Almost a month before this milestone in the history of telecommunications, on October 29 of 1969, another one occurred: the first message was sent from server to server; that day the system managed to send the first two letters of the word “login” before failing. So, the first message ever on the Internet was “lo”, as in “lo and behold” (expression of surprise, “you’re here”).

Since then, the complexity and importance of what has been sent through the network has reached high levels of complexity: “The internet is now a vital service for people, as well as for companies. Our clients, from the most remote places, even in the middle of the sea, need to be connected 24/7 with high availability and reliability of the link, and all the features to use their business applications in real-time; this is where satellite communications become very important, which are the only ones that guarantee this access from anywhere with excellent response levels and where other technologies cannot reach”, says Pablo Hoyos, Vice President of Product and Operations at AXESS.

Joseph Carl Robnett Licklider, who worked at Bolt, Beranek and Newman Technologies, began sketching the idea of ​​a “galactic network” in the early 1960s; the goal was to create a network capable of communicating people through computers. Later, by joining the United States Department of Defense, he teamed up with Ivan Sutherland and Robert Taylor to build it. In the middle of the Cold War, the US government agency required a secure means to establish communications between the various State agencies and, after analyzing some proposals, they decided on Licklider’s idea, a technology that would become the predecessor of the network of networks.

Four interface message processors (IMPs) were created for the initial version of Arpanet, in addition to the two nodes already mentioned, there was one at the University of California at Santa Barbara and another at the University of Utah; these processors were basic versions of the routers. The first two computers connected via Arpanet were an SDS Sigma 7 (Los Angeles, California) and an SDS 940 (Menlo Park, California). Those first communications were possible with the aid of the predecessor of hypertext, the ingenious online system (oN-Line-System, NLS) created by Doug Engelbart.

“Currently a fishing boat that stays over a month at deep sea, is an office in the middle of the sea thanks to a satellite link, which facilitates communication between the fleet, immediate decision making and the measurement of critical variables; which translates into operational efficiencies for the company; In addition to increasing the wellness of the crew by allowing them to be connected all the time with their families. Another example of real-time data exchange is presented in the banking industry or the retail sector, where millions of transactions are made every second, carrying basic data, but where if the connection collapses, millions of sales would be lost worldwide”, explains the vice president of Product and Operations. The first step, achieving communication between two nodes, was achieved through a cable connection, fiber optics connections or satellites were not even in the minds of researchers in those years, nor were the scope that the network would reach about decades later. Arpanet, which began as an invention with strictly governmental, administrative and security purposes, would evolve to be the trigger for one of the revolutions with the greatest impact on the history of mankind. In the 21st century, 49 years after the launch of Arpanet, it is difficult to imagine a world without Internet-based communications, because it is not just a personal communication tool; the Internet predecessor laid the foundations that decades later would enable the development of essential technologies for various business sectors.